Warning: "continue" targeting switch is equivalent to "break". Did you mean to use "continue 2"? in /homepages/27/d175319474/htdocs/fadedbits/wp-content/themes/suffusion/functions/media.php on line 694
 The Laser Cutter/Engraver (Part 1) – fadedbits.com

I don’t remember now when it was that I first discovered laser cutters, but I do know that since that time I have wanted one. But a decent machine costs big $$$ and it was always well out of reach. (You can get inexpensive machines from overseas if you can accept the compromises in quality and features.) Then I stumbled across www.buildlog.net… with so many awesome examples of home built machines I couldn’t resist the temptation to give it a shot myself.

Here’s an early version of the frame. Hardly any of this design made it to the final build, but it worked well to test the motor controllers and belt drives. 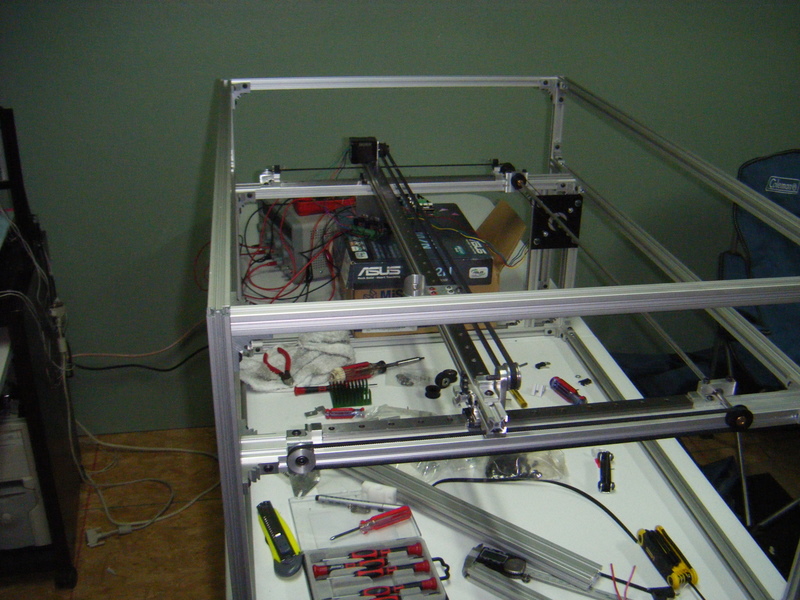 I decided to use AVRSMTD stepper motor drivers because the firmware is open source so I could make changes if needed. I only had to make very small changes to turn on the desired microstepping modes. The drivers have been working perfectly since. Here’s a pic. 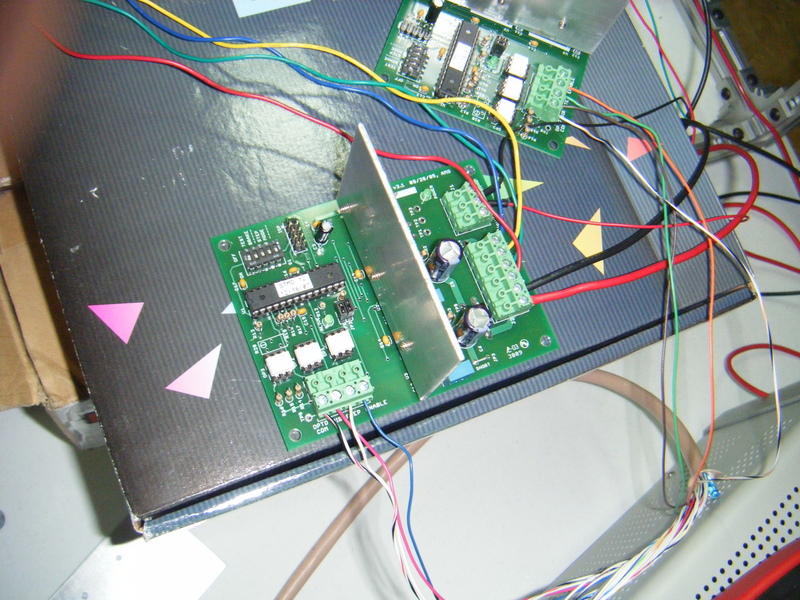 This is the belt drive for the Y axis. 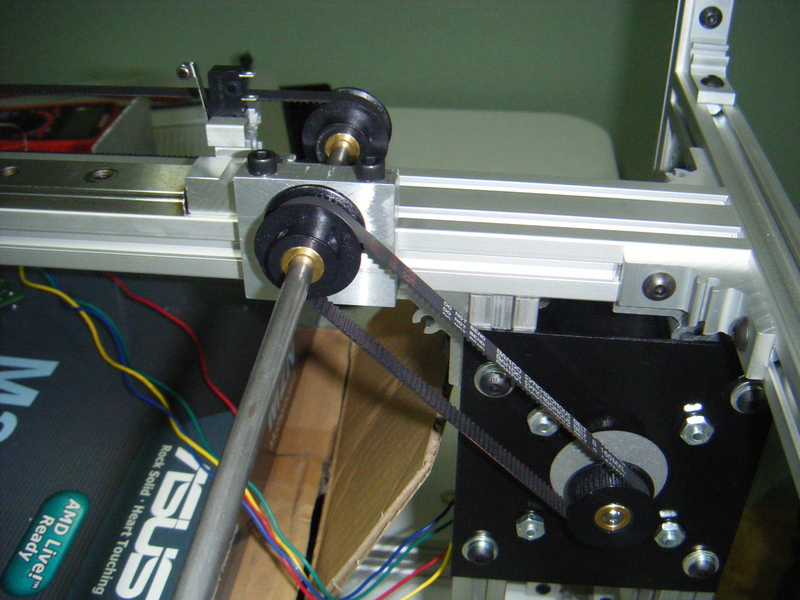 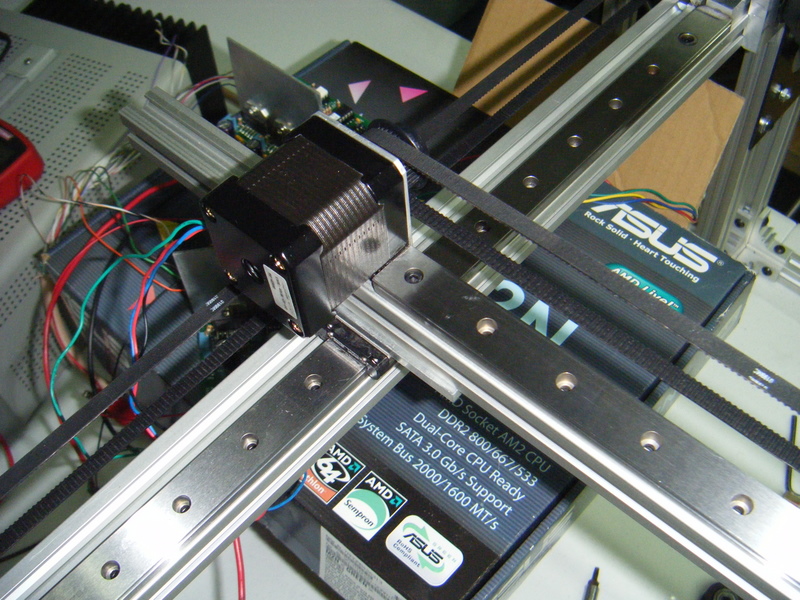 Here’s an early version of the flying optics. 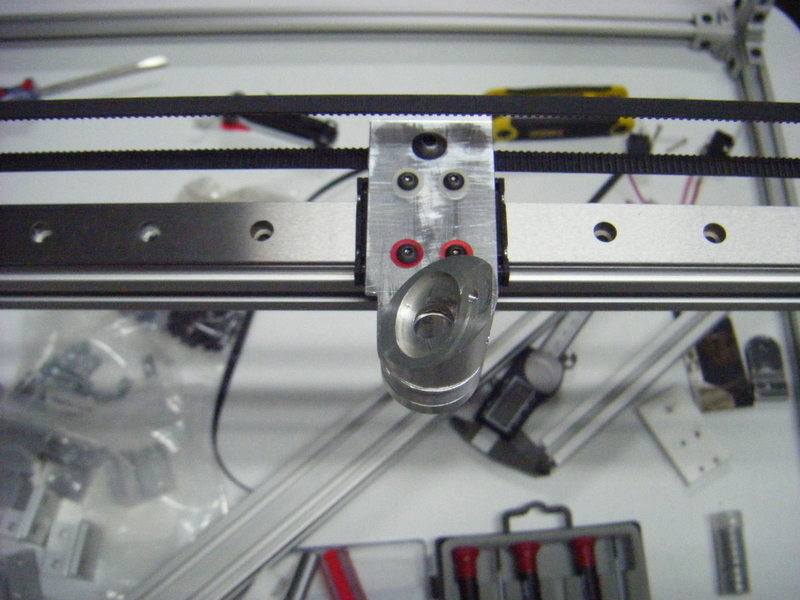 This is the final version of the frame starting to get some skins and a new rolling cart for the machine to live on. 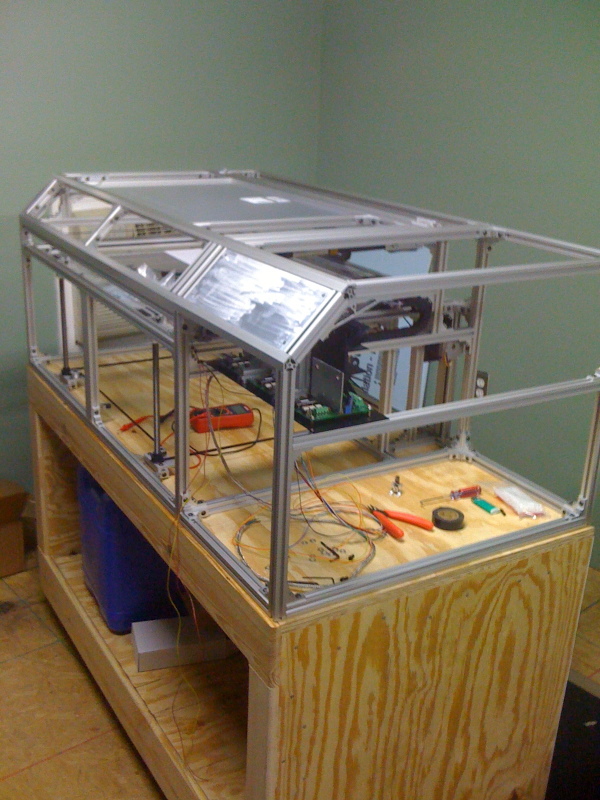 The motor drivers get a new home (and a MUCH larger heatsink!) 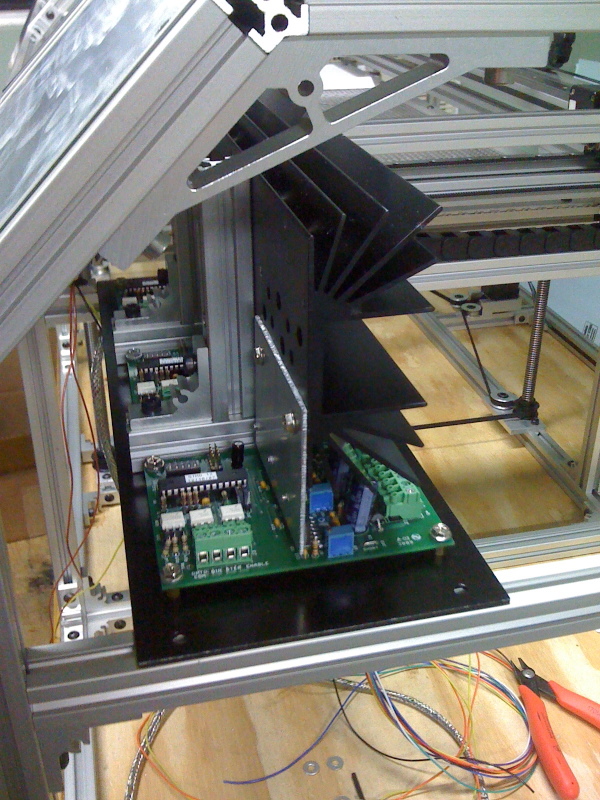 The laser cutter can function in two modes. It can “print” a raster image much like an ink jet printer by scanning the X axis quickly back and forth and slowly advancing the Y axis. When in this mode the laser will pulse quickly, only firing on the black portion of the image. Alternatively,  it can follow the curves of a vector image. This mode is used mostly for cutting material.

Here is a video I took while dialing in the speed of the X axis in raster mode.

The skins are made out of light gauge steel panels bent at the edges and attached to the frame with screws. 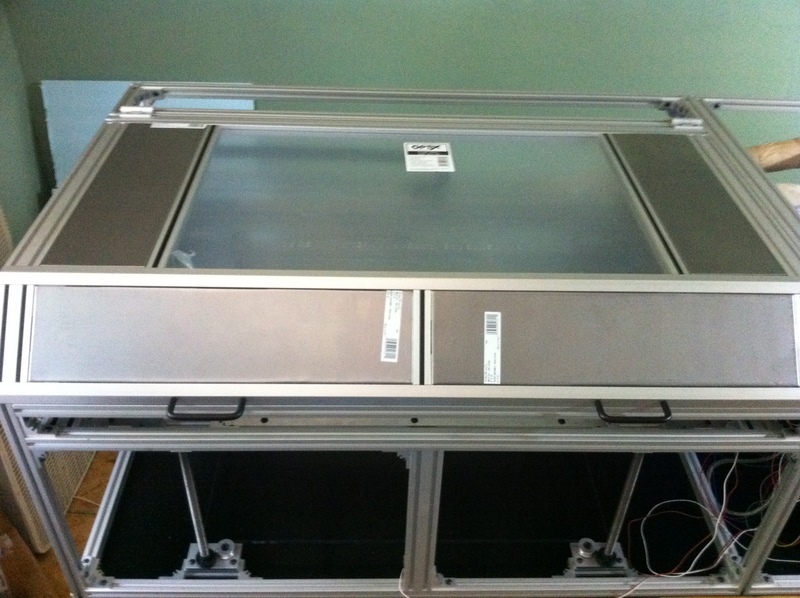 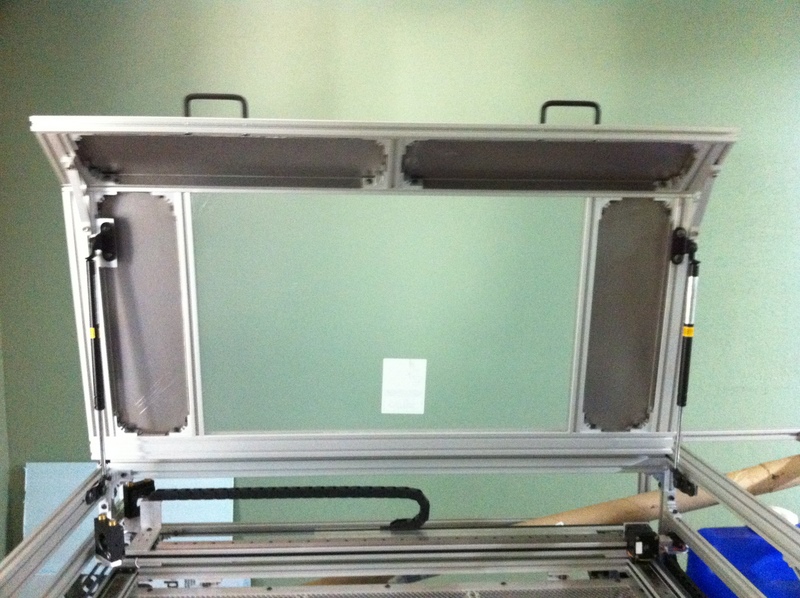 Here you can see the mounted control panel. The system is driven by a DSP main board from LightObject. 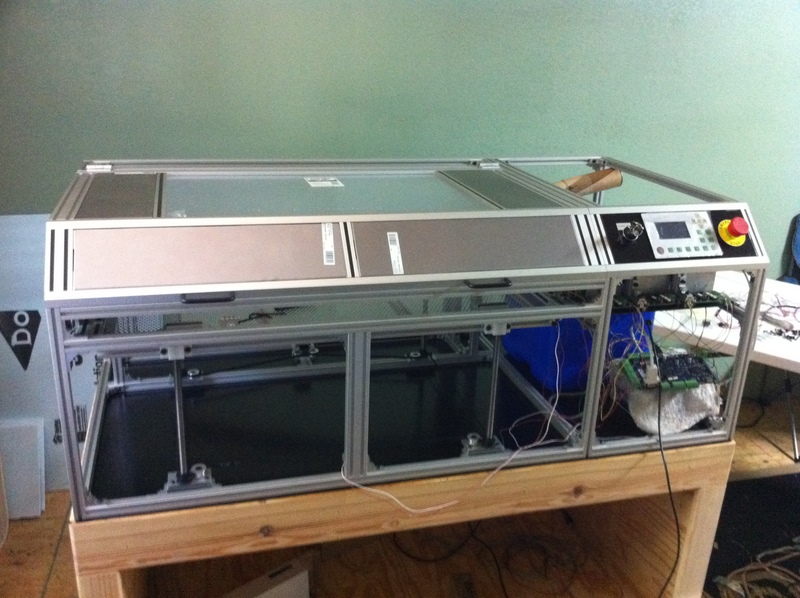 The rest of the build can be seen in Part 2.

8 Responses to “The Laser Cutter/Engraver (Part 1)”